There’s nothing better then a family who loves its territory, its culture
and its values.

Values that have pushed, since the beginning of the company, to pursue
tirelessly the selection of products and ancient recipes strictly connected
to the sicilian territory and to its vast cultural wine and food baggage.

Today, the Siciliatentazioni family boast a big basket of delicacies realized
exclusively for the joy of the most refined and exigent palates.
Ready for your.

The construction of the mother of Giarre church started in the year 1794: the square corresponds to the place where, since the second half of the seventeenth century there was a small church dedicated to St. Agatha and St. Isidore.

Great example of Art Nouveau architecture. The Palace, which is found well-placed in the beating heart of the old town, with its decorative repertoire with a strong floral accent

Absolute gastronomical specialties typical of
the Sicilian territory, unique for their typicality connected to different
cultures that alternated each other in the millennia and that have left
values and traditions, which we preserve jealously and for which we try
every day to maintain the same quality of the ingredients used and the
same spirit.
Foto:

The tuna fishing activity, has represented an high productive resource for Sicily, from ancient times since the fifties of last century. Today the Favignana’s tuna industry is the only active-one, even if the annual ritual of the tuna fishing survives more for touristic reasons than commercials. The memories of the rais and vice rais represent therefore the only testimony of a culture and of a complex economical activity that would involve different structure and people.

The Trapani and Paceco’s saltworks are famous all over the world for their beautiful landscape, and also for the technology used by the ancient Arabs for the salt cultivation. Indeed, the salt, here gets worked as in a real agricultural cultivation. In Here it gets offered to season various dishes with a very particular mix.

The definition Red Orange of Sicily (IGP) is used to identify certain varieties of oranges with a protected geographical indication (PGI) grown in many centers in the provinces of Catania, Enna and Syracuse. 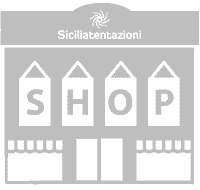 Go here to find out all the benefits!

What are you looking for?